SCC is a common skin cancer, especially in older people. It causes a crusty or scaly lump or patch. It's usually easily treated, but sometimes spreads.

Squamous cell carcinoma, also known as SCC or intraepithelial carcinoma, is a common skin cancer, especially frequent in fair-skinned older people. SCC usually grows on sun-exposed parts of the body without causing serious medical problems, but it can spread to other parts of the body in some cases.  If diagnosed early, squamous cell carcinoma is easily treated, but a small percentage of cases can be fatal.

99 per cent of squamous cell carcinomas are caused by ultraviolet (UV) radiation from sun exposure (cancer Council 2016). UV radiation damages DNA in cells, so that they no longer grow correctly and skin cancer can develop (AIHW 2016). Squamous cell carcinoma is caused by cumulative long term sun exposure over many decades (Leiter 2008), including in adulthood and later life, meaning that people who work outside are at higher risk (Cancer Council 2020).

In some cases, the human papilloma virus (HPV), which causes warts and cervical cancer, appears to act together with sun exposure to lead to development of SCC (Cancer Council 2018).

Statistics for squamous cell carcinoma show that the number of new cases in Australia doubled between 1985 and 2002. In 2002, approximately 80,000 cases of SCC were diagnosed (cancer Council 2020). Squamous cell carcinoma is more common with increasing age, with the vast majority occurring in people aged 55 and above (Cancer Council 2018). Males are approximately one and a half times more likely to develop SCC than females (AIHW 2016).

Symptoms of SCC may include:

In some cases, SCC may be tender to touch.

SCC can occasionally be difficult to diagnose. It usually appears in areas of sun damage and solar keratoses, and is easily mistaken for an overgrown solar keratosis. In cases where the diagnosis is unclear, a punch or shave biopsy may be required to establish the diagnosis and suitable treatment (Cancer Council 2016b).

If untreated, squamous cell carcinoma will usually enlarge gradually, leading to bleeding and ulceration. As it grows, it may become more tender to touch (Rawlin 2019).

Large SCCs sometimes grow into the tissue surrounding nerves in the skin. This is known as perineural spread, and means that there is a higher risk of the SCC:

Different types of SCC progress in other ways.

Squamous cell carcinoma is usually treated effectively with surgical removal (also called excision). The entire cancer must be removed with a margin of at least 2mm (but sometimes more) of normal skin around its edges (Cancer Council 2018).

Bowen's disease affects only the upper part of the skin and can be treated from the surface using cryotherapy (freezing) or fluorouracil, a chemotherapy cream. Each of the treatment options has advantages and disadvantages and should be discussed with a doctor.

Primary prevention: for people who have never had a squamous cell carcinoma

When the ultraviolet index is greater than 3, recommended methods for reducing sun exposure include:

Other measures to reduce SC risk include:

There is some evidence that a diet rich in leafy green vegetables can reduce the risk of SCC (Hughes 2006), and one study has found lower rates of SCC in people who regularly take non-steroidal anti-inflammatory drugs such as aspirin (Butler 2005).

Secondary prevention: to prevent future squamous cell carcinomas in people who have previously had an SCC

Daily use of sunscreen significantly reduces the risk of squamous cell carcinoma in people who have already had one (Green 1999).

Vitamin B3 (taken in the form of nicotinamide 1000mg daily) reduces the development of future squamous and basal cell carcinomas by 23 per cent (Chen 2015).

There are case studies of HPV vaccine being successfully used to treat and prevent the recurrence of SCC in patients unsuitable for surgical treatment (Nichols 2017). 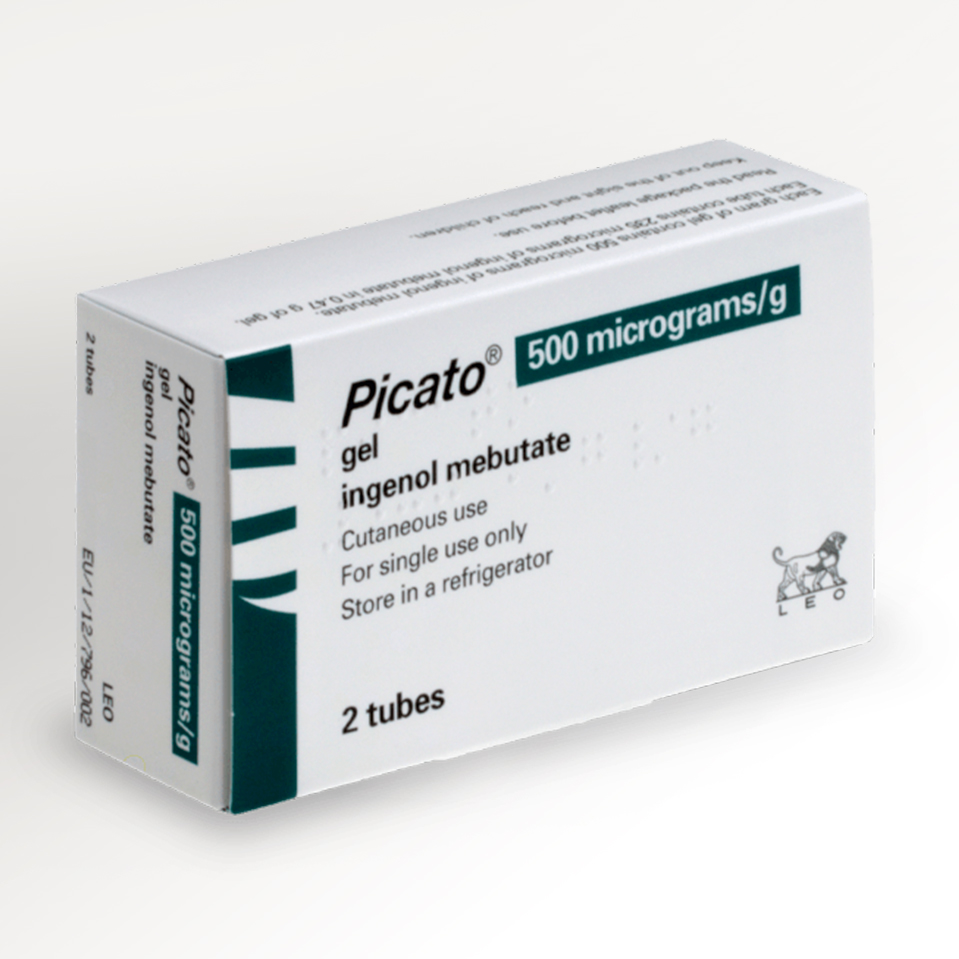 Ingenol mebutate, a treatment for solar keratoses, has been associated with an increase in skin cancer diagnoses in people who have used it. As from late 2020, it has been withdrawn from sale in Australia.

A Cancer Council booklet to help you understand more about common skin cancers.

Clinical images of
Squamous cell carcinoma
Click on an image to view it in greater detail.
No items found.