Basal cell carcinoma (BCC) is the most common, and one of the least serious, forms of skin cancer. It tends to grow slowly and rarely spreads to other organs.

BCC is usually cured relatively easily with few adverse effects. In people with poor wound healing, it may cause an ulcer or sore which is difficult to treat. Death from BCC is extremely rare in Australia.

BCC usually grows slowly over many months or years. It tends to remain in the original site without spreading via the blood or lymphatic system to other parts of the body. Without treatment, the BCC develops into an ulcer or sore, which can slowly invade deeper tissues. 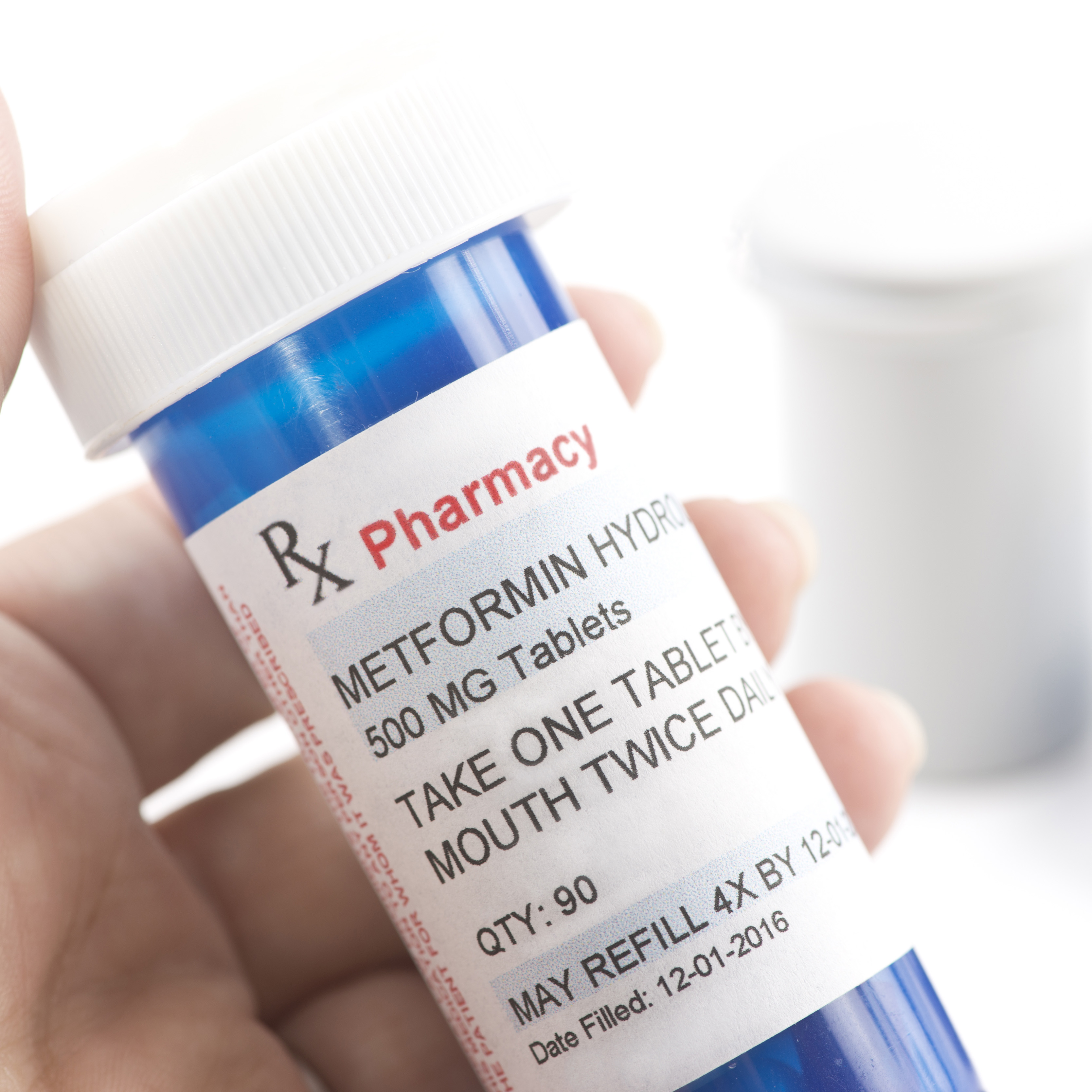 A medication commonly used for diabetes has been shown to have the desirable side effect of reducing the risk of basal cell carcinoma. 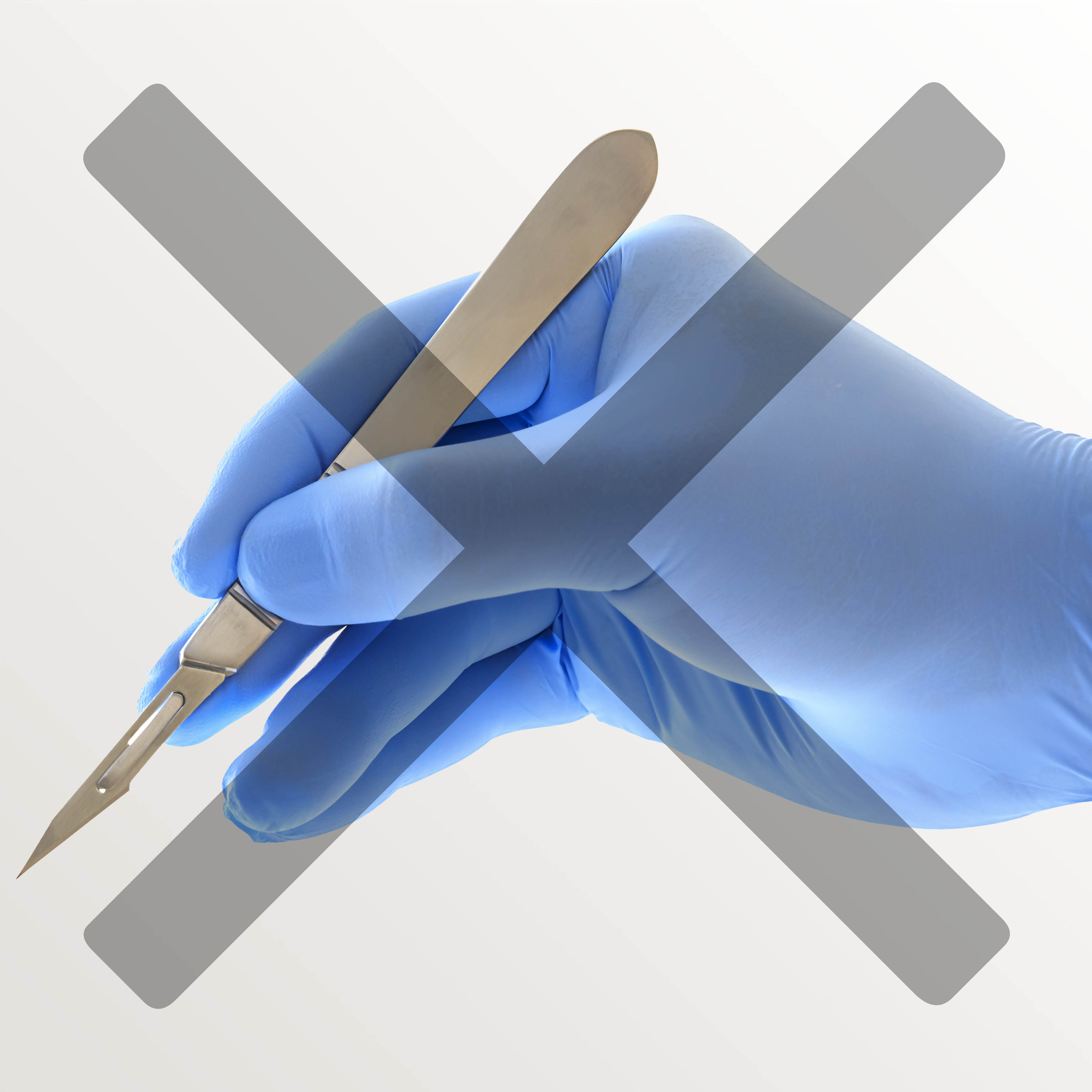 Some early skin cancers affect only the top layers of the skin. Although they can be removed surgically, there are other methods of treatment which may offer advantages such as less scarring or expense.

A Cancer Council booklet to help you understand more about common skin cancers.

Date accessed:
1 Jan
2021
Clinical images of
Basal cell carcinoma
Click on an image to view it in greater detail. 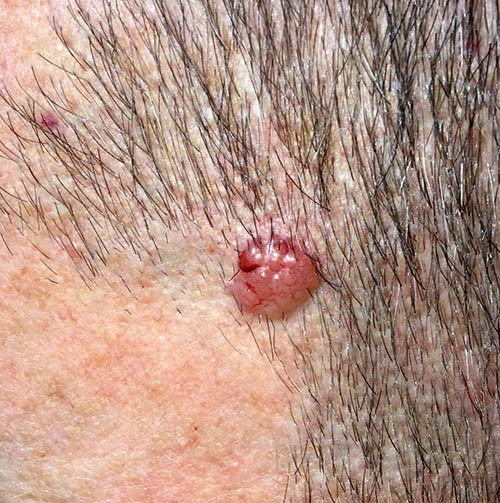 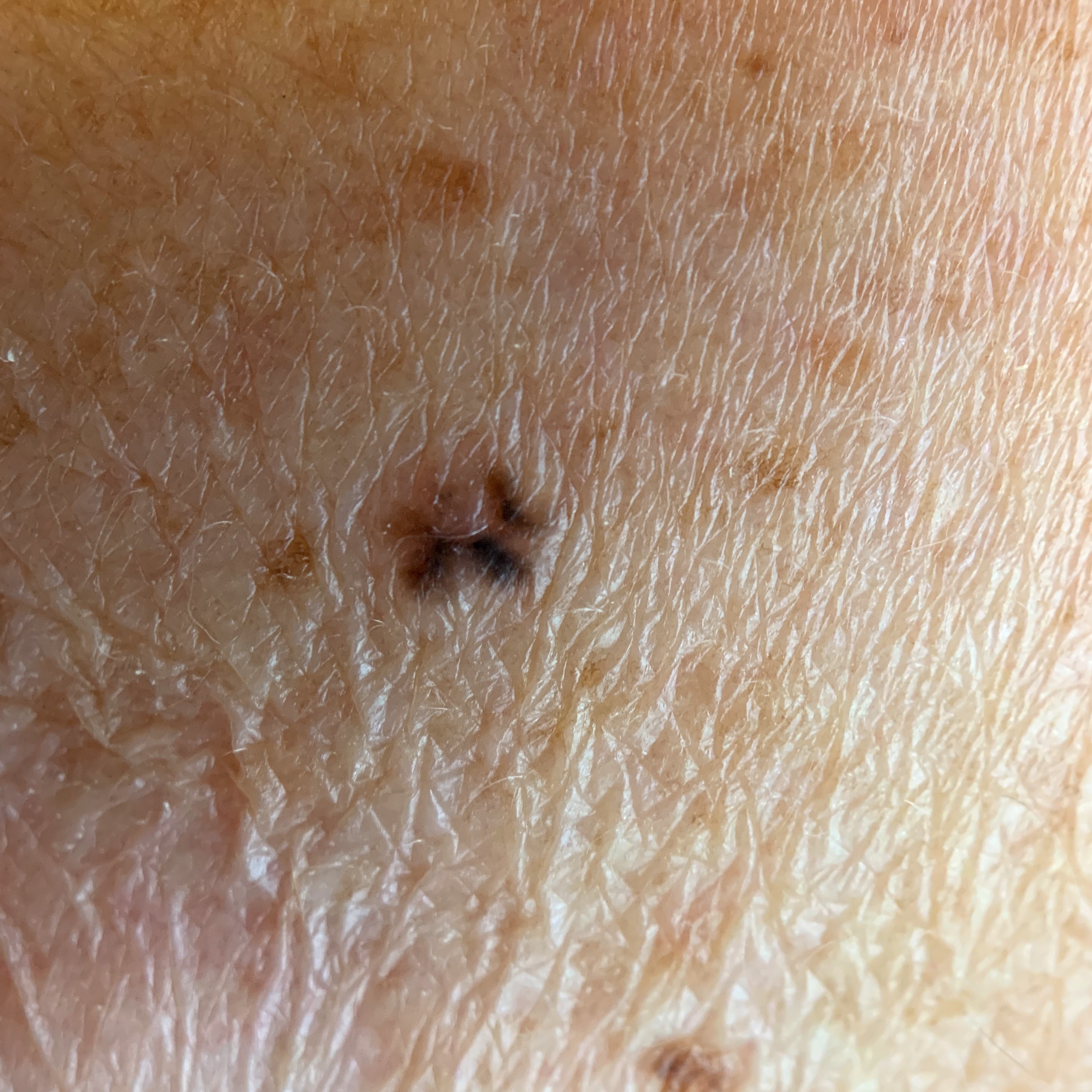 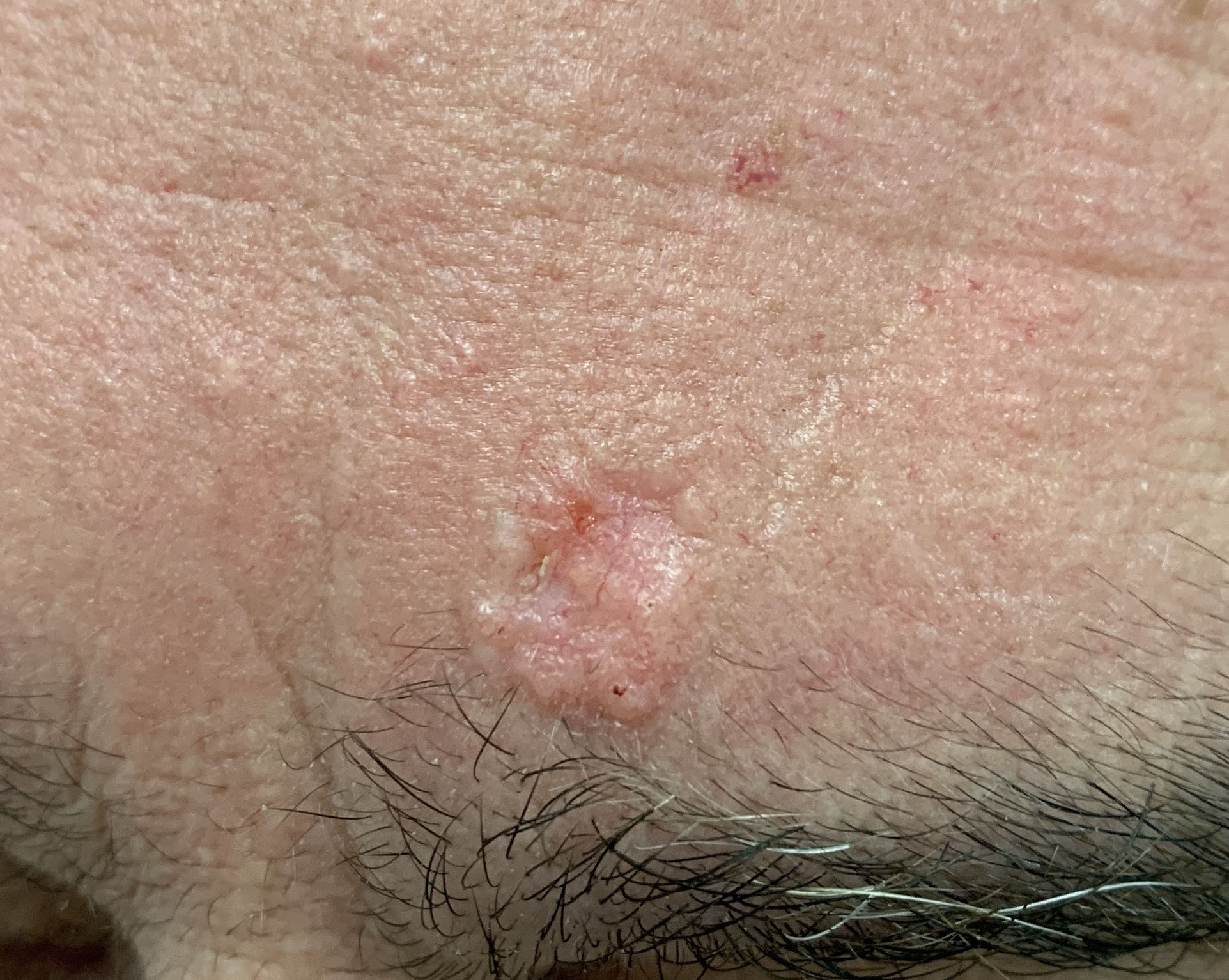 Basal cell carcinoma (BCC) affects approximately 50 per cent of Australians (Staples 2006). It tends to grow slowly and almost always remains confined to one location. BCC can be treated by surgical removal and, in some cases, cryotherapy (freezing) or applying a cream.

Basal cell carcinomas can be thin or thick and their appearance varies. They are most common on areas that have long-term exposure to the sun, such as the face and arms, although they are also common on the back and chest.

Nodular basal cell carcinoma (nBCC) often appears as a pink lump with a pearly consistency. Close-up, it may appear to have prominent blood vessels on its surface.

If it has been present for a long time, the BCC may spread outward and the surface becomes ulcerated or crusted.  This is why sores that take a long time to heal are suspicious for skin cancer.

Superficial basal cell carcinoma (sBCC) is thin and affects the uppermost level of the skin. It may appear as a pink or red rough patch and can easily be mistaken for dermatitis or another type of rash.

Infiltrative BCC (also called morpheic BCC) is a less common variant with edges that cannot always be clearly seen. This type of BCC can be difficult to remove surgically and often needs to be removed by a plastic surgeon or dermatologist specialising in Moh's surgery (where the removed tissue is examined microscopically during the procedure to ensure that the entire BCC has been removed)..

What happens if basal cell carcinoma is untreated?

Without treatment, basal cell carcinoma usually grows slowly. It it sometimes present for years before it is noticed.

Basal cell carcinoma tends to remain in one location without spreading to other parts of the body. As it grows, it causes damage to the area, including:

How is basal cell carcinoma treated?

Superficial basal cell carcinoma can be treated by surgical removal, application of a cream or cryotherapy (freezing).

People with a history of basal call carcinoma are at high risk of developing future BCCs (as well as having an increased risk of melanoma). Because many of the risk factors for basal cell carcinoma cannot be reversed, prevention of future BCCs can be difficult. Up to 60 per cent of people with BCC will develop another within three year (Cancer Council 2018).

Get in touch to have your whole body or a spot of concern checked.