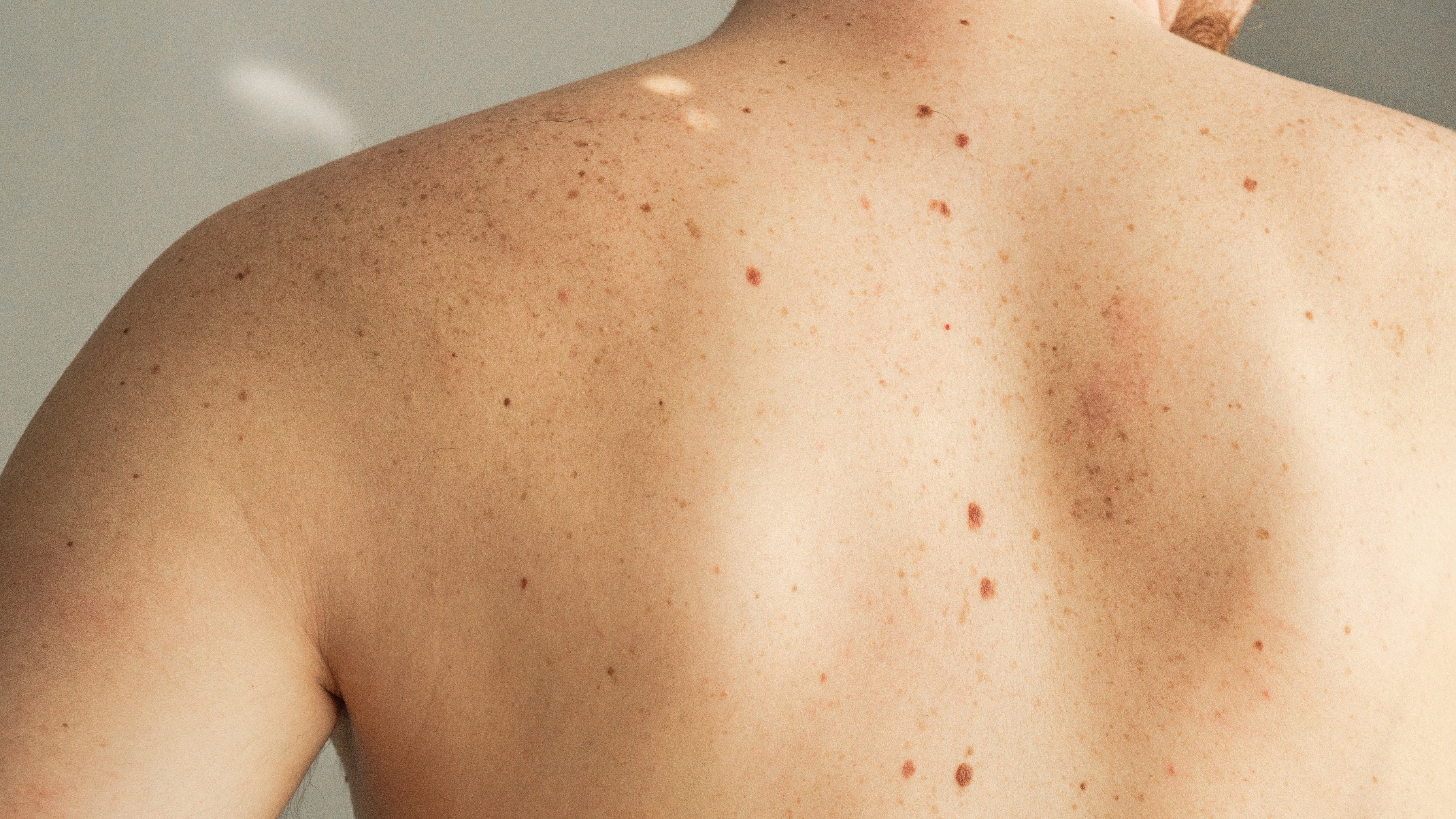 What’s the difference between a mole and a freckle?

Freckles and moles are different in several ways:

Moles and freckles can be removed with minimal scarring, using either radiofrequency surgery or intense pulsed light.

Moles are collections of melanocytes, the cells which produce melanin (skin pigment). Melanocytes are spread throughout normal skin; in a mole they tend to cluster together.

A freckle, also sometimes known as a lentigo or ephelis, is a patch of normal skin where the melanocytes are producing more melanin than the surrounding area.

Larger freckles that appear later in life are sometime scalled lentigines, “age spots” or “liver spots”, but they aren’t related to liver function.

Can moles and freckles be cancerous?

Strictly speaking, melanomas and skin cancers are separate from moles. Their structure and behaviour are different—although their appearance is sometimes very similar. To a skin cancer doctor or dermatologist, moles and freckles aren’t “cancerous” by definition. They are normal non-cancer growths or pigmentation of the skin.

But people without medical training often think of their skin and moles differently from skin cancer doctors and dermatologists. They might consider any spot or lump to be a “mole”.

This means some of the spots or lumps which patients think of as “moles” are actually skin cancers.

The “moles” which are more likely to actually be skin cancers tend to be “ugly duckling” spots that don’t resemble other moles or freckles elsewhere on the skin. Irregularly-shaped or coloured and growing or changing moles might also be cancers.

Skin tags are harmless soft growths that stick out from the skin. They are extremely common and tend to increase with age.

What are skin tags?

A skin tag is made up of collagen fibres and blood vessels, covered by normal skin. It may be the same colour as or darker than the surrounding skin.

How are skin tags different from moles and freckles?

Skin tags aren’t related to sun exposure on the skin. They are more common in areas where there is friction — and usually little sun exposure— such as armpits, under the breasts, between the upper thighs and around the neck where they may be caused by friction from collars or jewellery.

How are skin tags treated?

Treatment of skin tags is usually performed for cosmetic rather than health purposes. Reasons for treatment include:

Skin tags can be treated using:

Are moles, freckles, and skin tags signs of melanoma and skin cancer?

Normal moles, freckles, skin tags and lentigines are not skin cancers and they aren’t considered to be pre-cancerous.

People with many moles (more than 100) have a higher risk of developing melanoma during their lifetime. This doesn’t mean that the pre-existing moles will become melanoma; most melanomas develop in an area of normal skin, where there isn’t a pre-existing mole or freckle.

Moles, freckles and skin tags should be examined by a doctor to decide the best way of treating them.

Depending on the diagnosis, treatment may be one or a combination of:

Making an appointment to have your moles, freckles, and skin tags checked

A skin cancer doctor, nurse or dermatologist can decide whether any given “mole” on the patient’s skin really is a mole, or if it’s likely to be a skin cancer.

At Spot Check Clinic, a doctor accredited by the Australasian Skin Cancer College can check your moles for signs of cancer.

If you don’t know which type of skin check or mole check to book, you may find our “Which service should I choose” page useful.

Mole and freckle removal: Information about radiofrequency surgery and BBL intense pulsed light for cosmetic removal of moles and freckles.